It’s about time to incubate spring chicks. Learn more about what dandling is and what you can expect to see.


Candling is the process of shining a concentrated beam of light through the shell of a developing egg to gather details about the embryo inside. 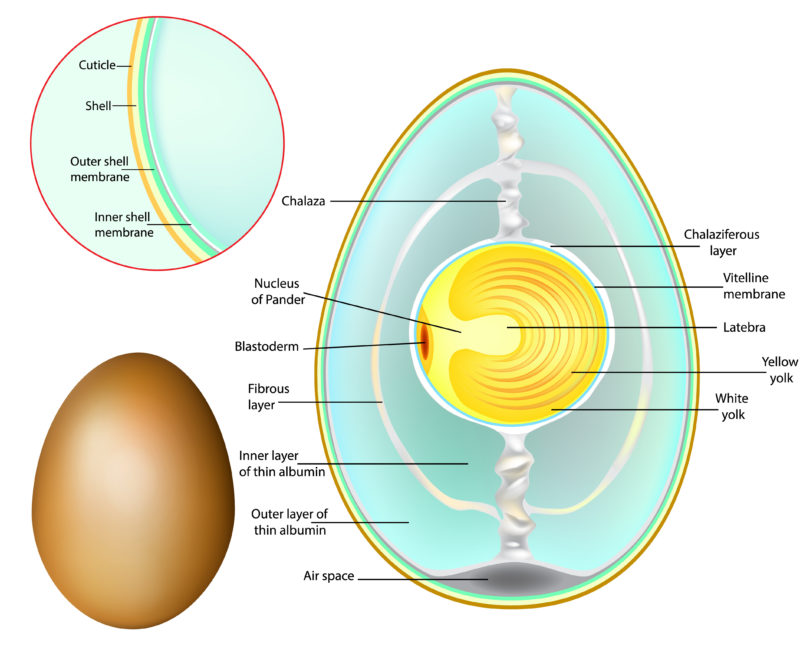 The structure of an egg.

What is a “Candler”

A variety of specialized egg candlers are available, ranging in price from a few dollars to close to a hundred. In a pinch, a small flashlight can do the trick, but it may not have a bright enough beam to show much detail. A true egg candler should also have a bulb with enough intensity to show detail, but that won’t heat up enough to damage the egg.

How to Use a Candler

To candle an egg, place the candler against the large end of the egg, where the air cell is. The light will show through into the contents of the egg, and illuminate the embryo within.

Candling eggs lets you know if your eggs are developing as they should, or if they’re developing at all. If eggs are infertile and show no development, there’s no point in keeping them in the incubator. Infertile eggs can begin to rot, and rotting eggs give off gasses that can affect the rest of the eggs in the incubator. In some instances, they can even explode and contaminate the entire incubator. And cleaning up after a rotten egg has blown up is no fun at all.

Candling can also show eggs that have stopped developing at a certain point in the incubation process. If you have a large portion of eggs that only develop to a certain point and then die, do some troubleshooting of your incubation methods, your equipment, or even your birds themselves.

Eggs develop rapidly once the incubation process begins. In the first 24 hours after starting, the weight of the embryo is .0002 grams (based on data from an average heavy-breed chicken). The eye begins to develop even at this stage of growth. At 25 hours, heart tissue begins to form, and by 42 hours, that tissue begins to beat. At 48 hours, the weight of the embryo is .003 grams. That’s still incredibly small, but that’s a 1,500 percent increase in the embryo’s size, in just two days!

By Day 3, leg buds, wing buds, and the nose have all begun to form. 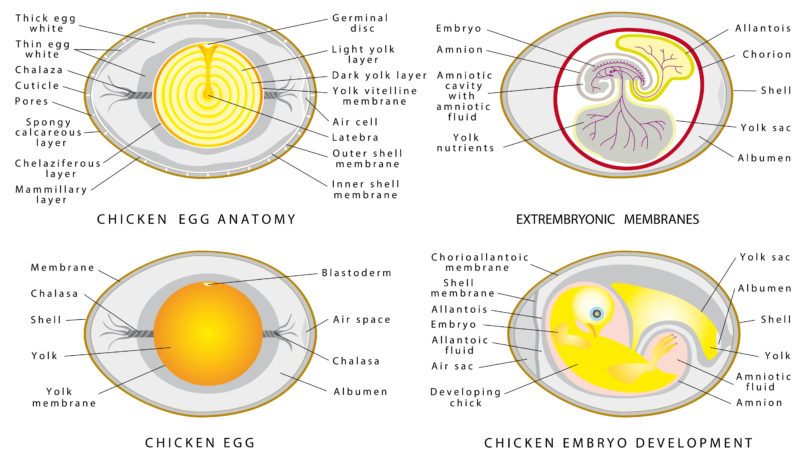 If you candle at this stage, you might not see much, if anything. It’s possible to start seeing clear definition of the air cell, though, and with a good candler, maybe a spot of the embryo.

At Day 4, the eye begins to be visible. The eye is one of the most complex structures in any living creature, and is often one of the first things to be visible. Candling at Day 4 may show you a red spot, with a faint network of blood vessels beginning to form.

At Day 5, the embryo weighs .13 grams and has differentiated into either a hen or a rooster.
Day 6, and elbow and knee joints are distinct in the embryo. The weight at Day 6 is .29 grams, double the previous day.

By Day 9, the eyelids have started to form, and begin closing over the eye tissue. The embryo weighs 1.53 grams.

Candling at this stage should show clearly defined blood vessels, radiating from a red spot in the egg, which is the chick embryo. There may also be a dark spot visible on the embryo; this is the eye.

At Day 13, the chick’s eyelids will have closed, and the embryo weighs a whopping 7.37 grams! If you candle at this stage, the embryo will have begun to fill the space in the shell, and be dark and nearly opaque. In a healthy embryo, you should still clearly see healthy looking blood vessels in the space between the embryo and the air cell. If you don’t, and the space has a brownish tinge to it, the egg might no longer be viable.

At Day 18, the yolk sac is external to the embryo, but by Day 19, the yolk sac has already been drawn halfway into the chick’s body, in preparation for hatching. Drawing the yolk sac into its body provides nourishment for the newly hatched chick, and is what enables it to survive for the first 2 to 3 days without food or water.

It’s not necessary to candle at all those different stages of development. While it doesn’t hurt the developing egg to be out of the incubator for the few moments it takes to candle it during the incubation process, the less frequently you handle the eggs, the better.

Most experts recommend candling only two or three times total; the first time before placing the egg in the incubator to check for any cracks in the shell, at seven days to check for development, and at 18 days to make sure only viable eggs go into the hatcher.

Getting comfortable candling eggs can take a bit of practice. If you have any doubt about whether or not an egg is good, don’t toss it just yet. Come back in three or four days and candle again. Compare it with other eggs that were set at the same time. If it hasn’t shown any additional development compared with its peers, or if it begins to look cloudy or brown, then go ahead and toss it. As you build your candling skills, you’ll be able to tell earlier and earlier in the incubation process whether your eggs are developing as they should.

Here’s a YouTube video that will help you further understand what you’re seeing when you candle eggs.

Suburban poultry predators – and how to thwart them!